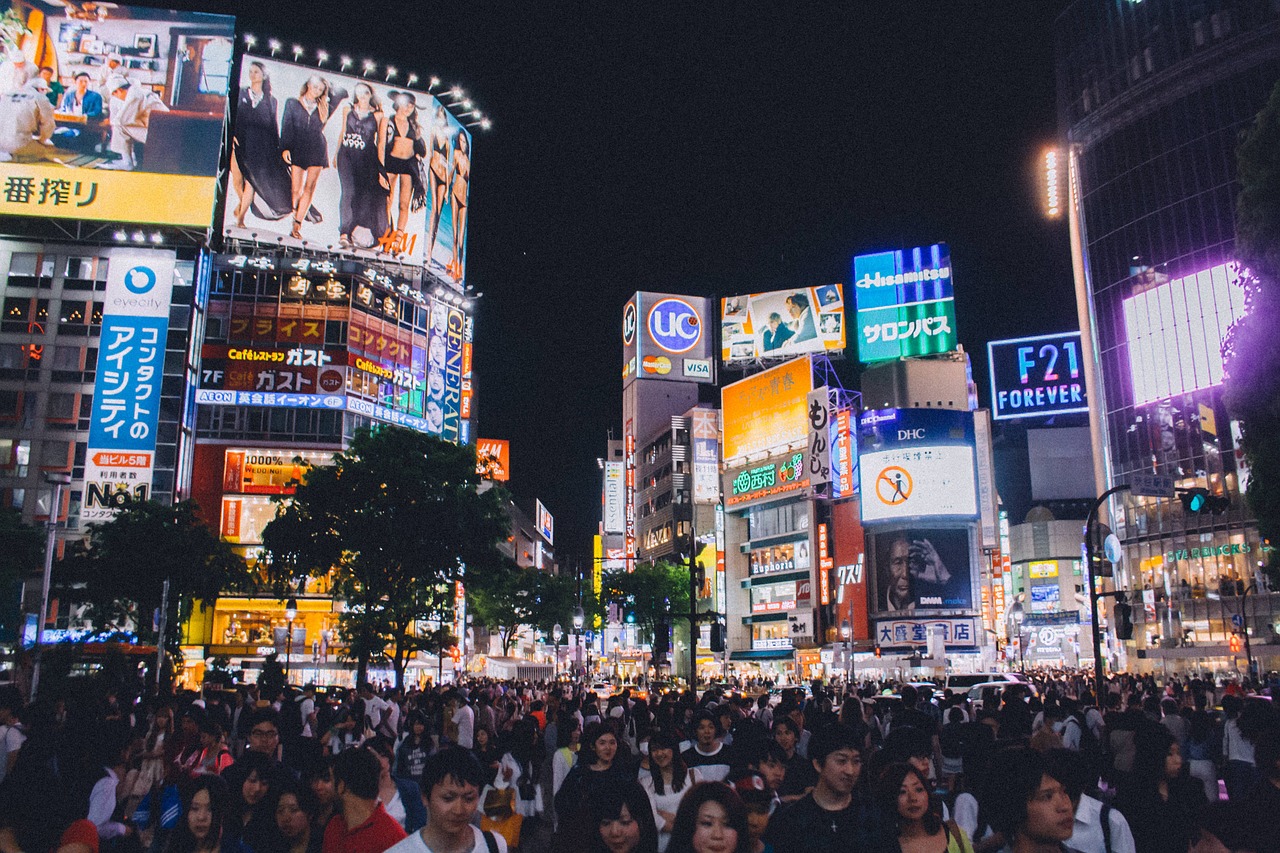 Welcome to Japan’s capital, Tokyo. If you are considering a trip to Eastern Asia, the place to go is Tokyo. Here is our comprehensive guide to travelling to Tokyo.
TRANSPORT
Tokyo has two world-class airports which transport around 100milion people per year. The easiest and best way to get to the city center is the monorail train. Public transport is pretty inexpensive, and very efficient, although since the city is extremely big, it can get confusing sometimes. Tokyo is the largest city in the world by population, so you might want to keep an eye out for crowds forming at stations, and avoid those. Because the transport can get confusing, you might want to get an app, such as Google Maps, in order to know where you are going. If you are travelling at night, you have to get a taxi. When hailing one, look for a red sign in the window, and a lit top bar, so you don’t get scammed. Also, Tokyo is very safe, despite its huge population.
FOOD
Tokyo might not sound like a big food capital, but it is. In fact, Tokyo has 221 Michelin starred restaurants, which is more than New York, Paris and London combined. The food is truly outstanding, from the world known Kobe beef, one of the best meats in the world, to ramen noodles you can get on every street corner. We recommend trying the Kobe beef for sure, as well as rice meals and as many different ramen variations as possible. Also, slurping is not considered rude in Japan, but impaling your food on chopsticks is. You better learn how to use chopsticks before visiting Tokyo!

PLACES AND THINGS TO DO
Akihabara is the district known as the center for manga, anime, video games, and of course, arcades. It has huge game centers as well as maid cafes and other themed restaurants. The other name for this district is the Electric city, due to many electronic shops scattered all around the area. Now, let’s transition to a bit more ancient timeframe. Meiji Shrine and surrounding forest are a must. The shrine itself is an extremely peaceful and beautiful place, where you should come to relax in your spare time. Also, it is fairly close to Shibuya, a perfect area for fashionistas, with high-end fashion stores all over. This is the place where the famous Tokyo scrambled pedestrian crossing is located as well. If you are looking for nightlife and party, the district for you is Shinjuku. One of the busiest districts has the busiest train station in the world, to the west of the stations are Tokyo’s famous skyscrapers. A few interesting nightlife places include Kabukicho, with wild nightlife and Golden Gai which has over 200 small and unique bars and restaurants. Now, if you want to experience traditional Japan, you will visit Asakusa. A district where the common folk lived a few centuries ago, with its main focuses being the picturesque Sensoji Temple and Kaminarimon, both of these dating back to the 7th century.
No matter what your preference is, Tokyo has it all. Even much more than you could ever imagine!

This post was made possible by our sponsors by the best demolition companies near me in Las Vegas.